This website or its third-party tools use cookies that are necessary for its functioning and to achieve the purposes illustrated in the cookie policy. To find out more or to withdraw consent in relation to one or all cookies, please refer to the cookie policy. You accept the use of cookies by closing or hiding this banner, by continuing to navigate this page, by clicking on a link or button or continuing to browse in any form.

Who we are and where we come from

Recommended by many nutritionists as the basis of a healthy, balanced diet thanks to their characteristic ability to nourish without creating a sense of bloating, grains form part of the culinary traditions of almost every culture and are also very popular in the Mediterranean diet, representing a precious ally in protecting our health.

But how many of us know exactly what grains are?

According to the definition provided by the Istituto Superiore di Sanità (ISS, Italian National Institute of Health)1 “The word ‘grain’ refers to every herbaceous plant belonging to the Poaceae family, which produces starchy, farinaceous, edible seeds – defined as ‘caryopses’ but more commonly (and incorrectly) referred to as ‘seeds or grains’ – that are used as food for humans and animals, and which can be milled to produce flour”.

Thus, despite their plant origin, when we talk about grains we are usually talking about their edible seeds, which we will discuss in this article in terms of their origins, characteristics and nutritional properties.

As some archaeological findings show, the first attempts at growing grain amazingly date back to approximately ten thousand years before Christ; barley was the first to be cultivated, but this was quickly joined by wheat, oats, rye and rice. While the first wheat crops can be identified in Egypt around 3000 B.C., mankind had to wait another thousand years before the arrival of wheat as we know it today.

A basic staple food for humans and animals at the time of the Roman Empire (Rome imported millions of tonnes of wheat from Sicily and Egypt), it remained a fundamental raw ingredient up to and through the modern era. Following the Industrial Revolution of the 1700s, new machines were introduced to increase production, while the scientific discoveries of the twentieth century and consequent agricultural progress allowed grain output to reach new heights.

Based upon their capacity for instant processing, grains can be divided into:

The situation is different for gluten-free grains, which offer a “lifeline” in the form of an alternative to bread, pizza and pasta for coeliacs but are sometimes perceived as a second-best; these grains, however, often end up being a chance to introduce variation into one’s diet and discover surprisingly tasty flavours. Along with rice and corn, this category includes a series of ingredients known as “pseudo-grains”: which while not strictly grains in terms of belonging to the Poaceae family, still have nutritional properties similar to those of “real” grains.

The following are gluten-free “pseudo-grains”: 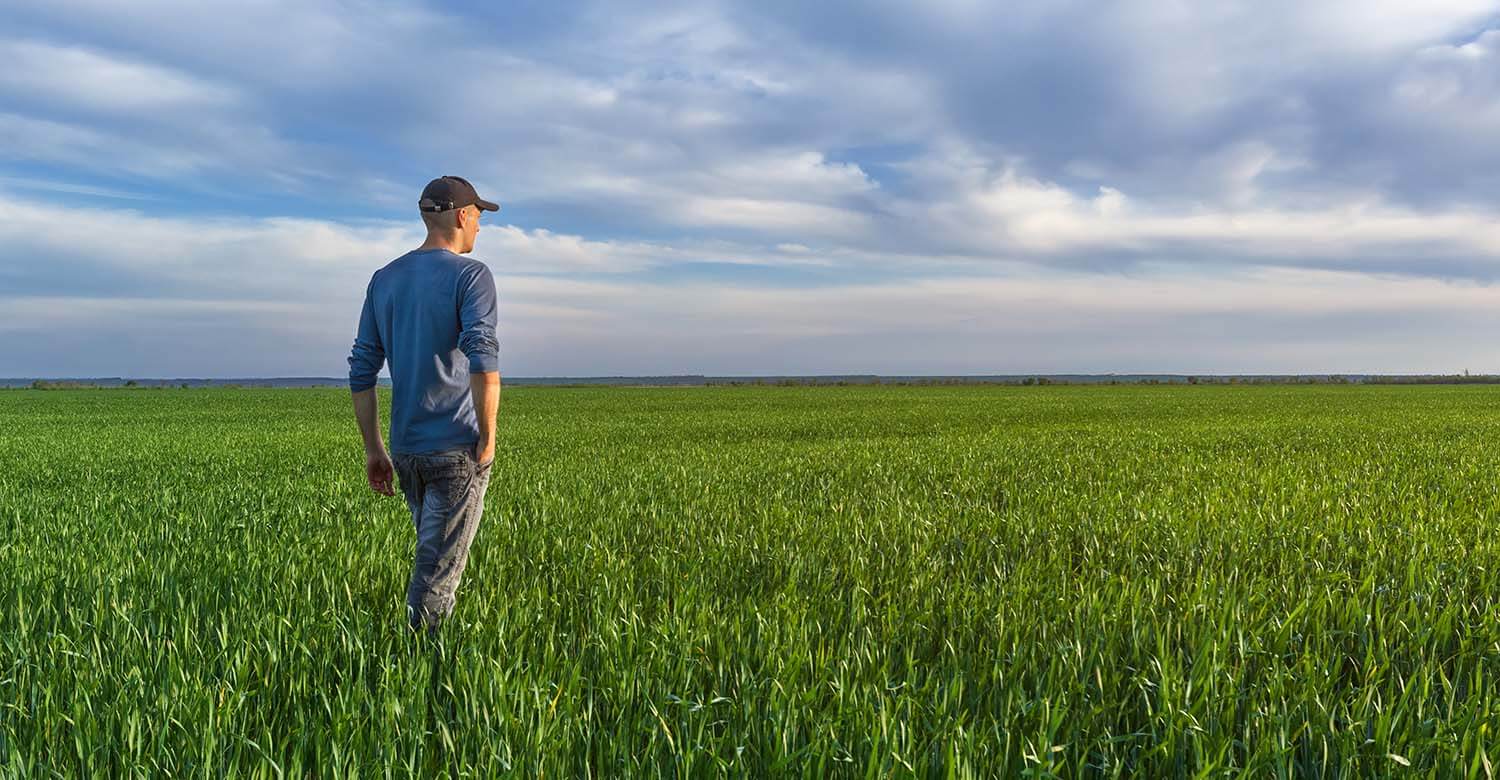 Spelt, the ace of grains

With a slightly higher protein content than other grains, and a greater concentration of fibre than common wheat, spelt (already known in the Neolithic Age, and extremely popular in the Etruscan and Roman periods) has returned with a bang in recent times. Grown mainly in Umbria, Lazio and Tuscany, today spelt, despite remaining a niche product, has a remarkable number of fans who enjoy the grain in salads and soups, on its own or together with vegetables and pulses, and also as an ingredient in oven-baked dishes.

Packed with magnesium and potassium, as well as being full of fibre, it is sold as wholegrain, pearled or semi-pearled. While the first contains more fibre and maintains all its nutrients, the semi-pearled varieties have part of their bran removed while pearled spelt is completely bran-less, making it quicker to cook.3

As well as being an invaluable source of protein and iron as well as rich in fibre, spelt offers huge benefits in its selenium and phytic acid content, two elements which combat the effects of free radicals, considered to be most responsible for ageing and all forms of cell damage.4

The benefits of mixed grains

If grains are recognised as some of the most beneficial forms of sustenance, when eaten on alternate weekdays or combined in a single dish, they can only make our eating habits healthier. This is because protein, minerals, fibre, vitamins, glucides and lipids are contained in different percentages in the various types of grains: combining them can only boost their effects!

Among the most tempting recipes that use grains to create dishes that are original and beneficial for our health, there are the super-fresh Tomatoes stuffed with 7 grains, the refined Seven grains with porcini mushrooms and tiger prawns in curry, the delicious Norma-style Spelt and the exotic Cous Cous with vegetables and turmeric.

Designed as a tasty alternative to pasta and rice, with our range of grains we invite customers to invent lunch and dinner menus by taking a trip around the world of flavours and wellness, moving from Italy with its well-known wealth of home-grown grains (including corn, barley, rice and oats) to the Andes (quinoa), the Middle East (bulgur) and South America (corn). Upon arrival from the fields, grains are expertly processed at Pedon to render them ready for use and enjoyment by all those who love to eat well and care about their health but want to spend less time cooking lunch and dinner.

We are talking about our i Pronti range of ready-to-use products that, naturally steamed, allow you to enjoy grains either on their own or deliciously mixed with pulses and vegetables for a complete, nutritious meal. With a choice of Bulgur and Quinoa, Spelt and 7 Grains, these can be eaten cold in salads or warmed in the microwave for use in tasty soups and more elaborate dishes.

Ready in just 10 minutes when time is limited, our Timesavers dishes are designed to guarantee a quick meal that is balanced and varied, featuring grains or grains with pulses: from the series of classic grains – such as Spelt, Barley and Oats – to Soups of Grains and Lentils; from the fun Mix for Salads featuring Bulgur, Quinoa and Spelt enhanced with red and black rice, chickpeas and pumpkin seeds to the creative Alternative Risottos with Grains and Peas or Millet and Lentils (called Alternative because they are prepared like risotto but without the rice!); from the providential Gluten-Free items in the form of winter comfort food based on ancient grains or corn and quinoa, to the super-healthy Rich-In wholegrain Spelt from our range dedicated to ultra-functional, boosted grains.

Last but not least, C’è di Buono in Italia is our range of quick-cook grains, ready in 10 minutes, produced using a 100% Italian supply chain, and available in four different versions. From all-Italian Spelt grown in Umbria, Lazio, Tuscany and Marche to 5 Grains commendably grown in Piedmont to Puglia; from Barley, the joy of Lazio, Umbria, Marche and Tuscany to the Quinoa Mix, which proudly unites the quinoa of Emilia Romagna with grains cultivated in Piedmont and Lombardy. With the added value of sustainable packaging made from plant waste salvaged from the processing of our pulses, these products are completely natural as they are pre-cooked without any additives. 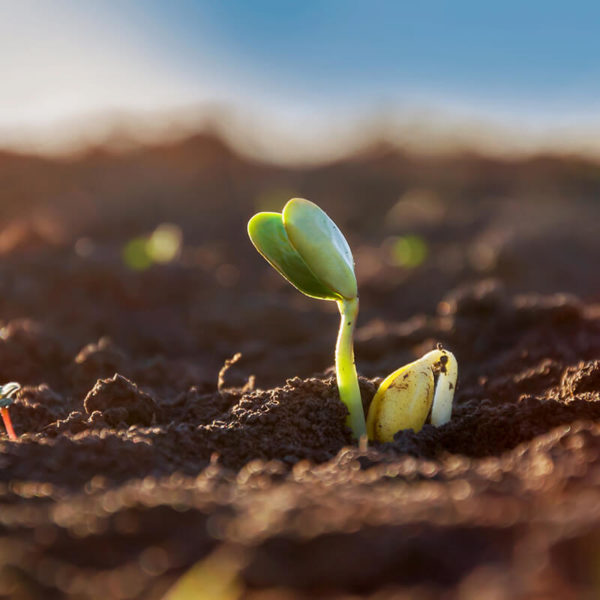 PULSES: a superfood for our HEALTH and the PLANET